A spindle spider is used to add another support for long shafts that extend through the bore of a lathe. Without a spindle spider, the there is no support left of the chuck and the work piece can flop around inside of the bore, and this motion may transmit and impact the machining.

Not all lathes come with spindle spiders. The South Bend SB1001 does not, but here we will make one. The spindle spider we’ll make is shown to the left of the original SB1001 spindle nut. The stock for the work piece was 1215 2-1/2″ steel rod from McMaster. 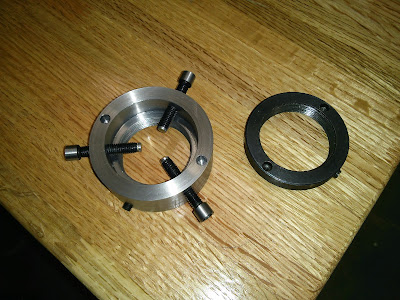 The first operations are to face, turn outside, spot drill, drill 1″ through the center, bore to under minor diameter of the spindle, and bore thread relief. The outside turning is partially for looks, but mainly to reduce the diameter so it’ll be possible to access a set screw that locks the spindle spider in place, given it recesses a bit into the spindle pulley. Spot drill and then immediately drill to a diameter suitable for boring, e.g. 1″. Drill bits are meant to have pressure at the center of the bit, and step drilling, e.g., starting with 1/4, then 1/2, etc. messes this up, and the chatter can create problems and the bit can jam. 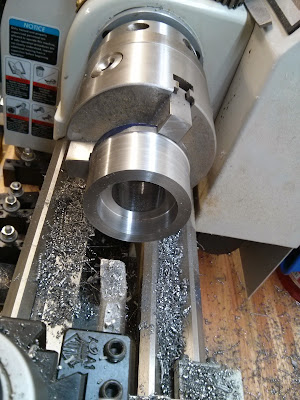 After flipping the work piece over in the chuck the next operations are remove extra length of material used to previously hold it, bore to minor diameter, thread 40mm-1.5 thread. After the extra material is removed, the spindle spider is now to the its final length. Because it’s going to be difficult, especially with a three jaw chuck, to get the previously bored hole centered with the spindle after flipping the work piece, finish boring to the minimum diameter after flipping, which also trues up the bore. To perform the threading, the compound is going to be rotated around to 60deg, or slightly under, instead of 30deg as would be used for external threads. Watch a YouTube video on this to make sure the particular set up is clear. Calculating the depth of cut can be done with some trig. The SB1001 can’t use the thread dial for metric threads, so at the end of a thread pass, leave the half-nut in place, advance the cross slide, and put the spindle in reverse to back the threading tool out of the bore. 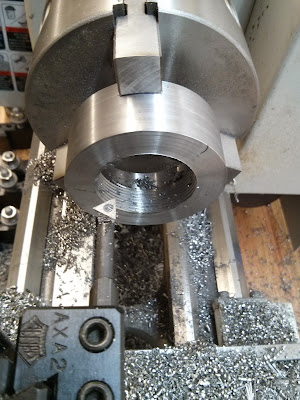 I don’t have a rotary table, so to get decent layouts on a circumference, I create and print a template for layout, e.g., in a CAD program, hold in place, verify first and last marks line up, whose distance matches the circumference, and mark positions with a scribing tool. The layout can aligned against the work piece edge or a line offset from the edge. If careful, this method seemed to work fine. 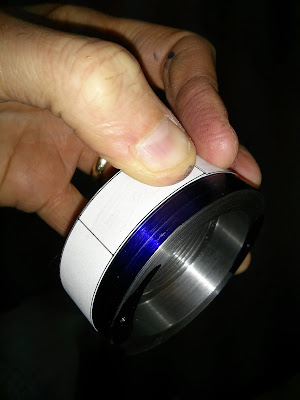 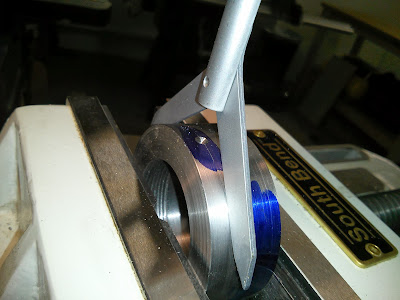 Spot drill, drill, tap now or later, rotate, repeat. Use parallels as additional vice fences to help positioning. As long as the vice is not moved, it will not necessary to re-indicate work piece center. Line up spot drill with scribed lines. Drill two shallow holes on outside face to receive a spanner wrench. 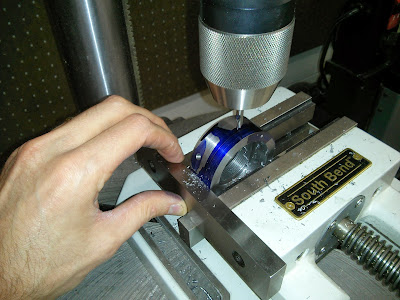 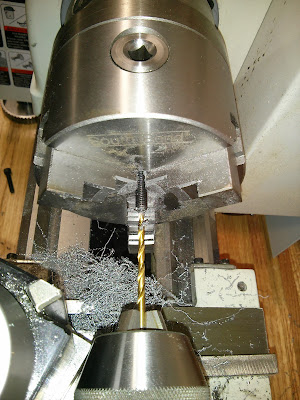 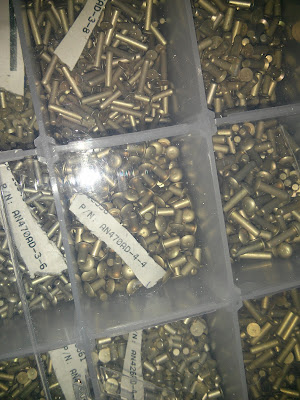 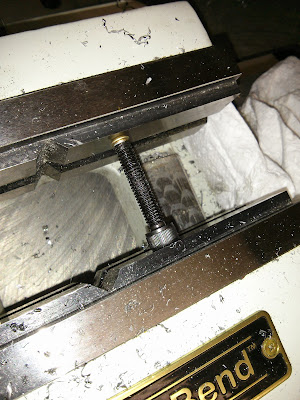 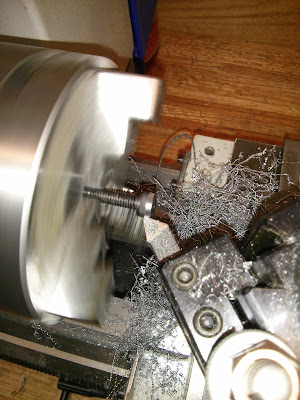 Create a simple spanner wrench using a piece of stock and a couple screws. Grind the screws to a length that allows the wrench to correct seat on the spindle spider. Tighten spindle spider onto spindle and tighten set screw. 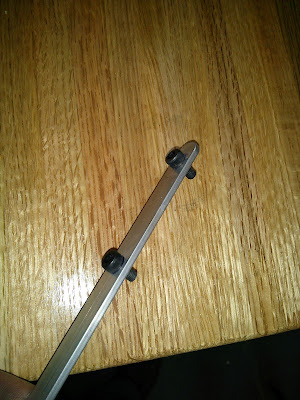 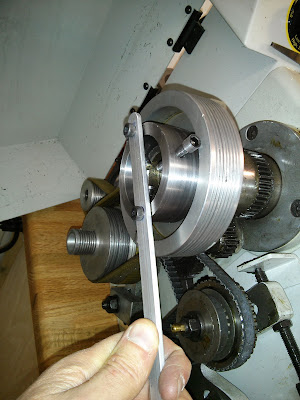 Enjoy. Unless the pulley cover is modified, when using the spindle spider the cover will probably need to be opened. As always, be very careful to avoid the gears and pulleys when operating the lathe. 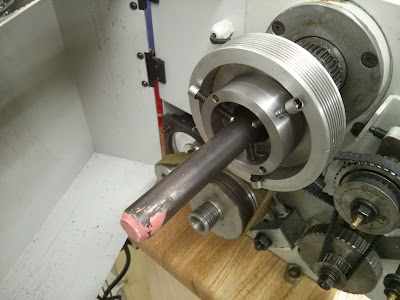 FogBuster to NOGA Adaptor, how to make and use

We use web cookies to give you the best experience on our website. We hope you understand and stay to check out what we are doing.Ok