The presence of Easter eggs on the Agilent equipment is not new, but want to summarize how to trigger them on the MSO-X 2024A. These were tested with firmware 2.35.

The third Easter egg is related to the Lost television series. With the o-scope on, press the Back key until there are no soft key labels, then with the soft keys numbered 1 to 6 from left to right, enter the Lost number sequence 16-23-42. In the upper right of the screen, the Agilent symbol will change to the The Swan logo, and in the lower right, a countdown will start from 108 minutes. Once the countdown reaches zero, the countdown changes to a series of hieroglyphics. Nothing seems to change the symbols, other than pressing the sixth soft key a number of times returns the display to normal.

On my scope, the Quick Action key is set to save a screenshot. This function captures the Etch-a-sketch and Lost Easter eggs, but not the credits animation. 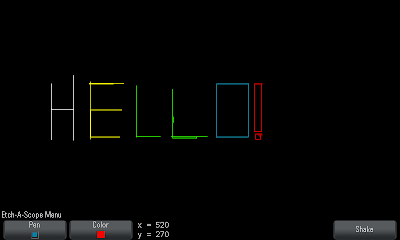 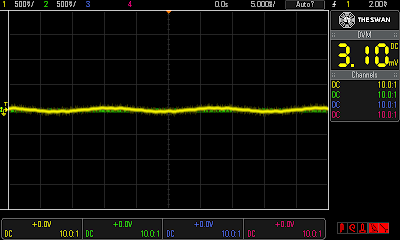